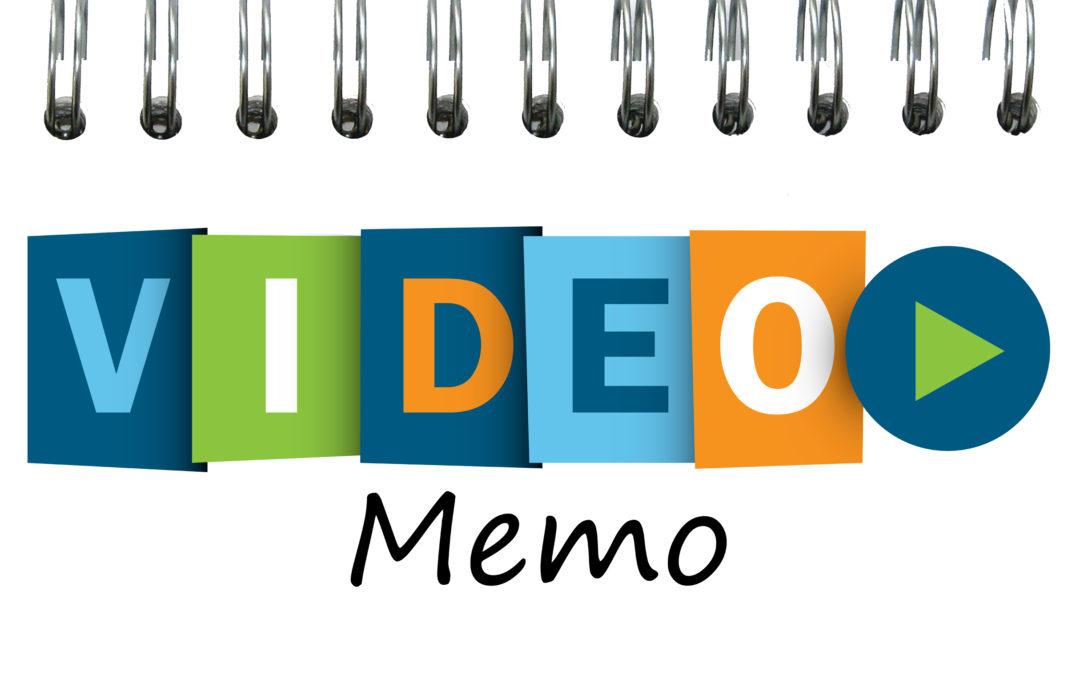 “A minute of video is worth 1.8 million words” according to Dr. James McQuivey at Forrester Research.  For years Ron and I have used video as a powerful tool for our clients and ourselves.    And now I just read that the CEO of a global consulting company completely banned the corporate memo in favor of webcasts and video chats!  She found that swapping a formal email for a video message not only improved communication across her company but also transformed the company’s culture.

In our experience, we have found that webinars often allows the presenter to be less scripted and creates interaction for the audience by having the ability to ask questions online.  And while video chats tend to be more scripted; oftentimes the emotion shows through as you can see the person presenting.  This is not the case with other platforms that just use the presenters voice and Powerpoint slides.

I don’t know about you, but I find that I will interpret an email from someone one way and later when I see them and they explain it, I realize that I misinterpreted what they were saying in the e-mail… this is a problem with text based communication.  There is a commercial playing on TV by State Farm titled “Jacked Up” that shows two people saying the exact same thing but because you can see their body language, voice tone and the inflection of their words you quickly realize how different the meanings truly are.  The first part of the scene shows a daughter coming out of the house saying “Is this my car?” all excited; with her father smiling in the driveway grinning ear-to-ear.  And the next scene shows a guy walking towards his car asking “Is this my car?” with a confused look on his face because the car is sitting on cinder blocks with all of its tires and bumpers missing… same words – different meanings.

So if you truly want to break out of the traditional corporate mode… think about using video the next time you want to communicate important information to staff, clients or vendors.